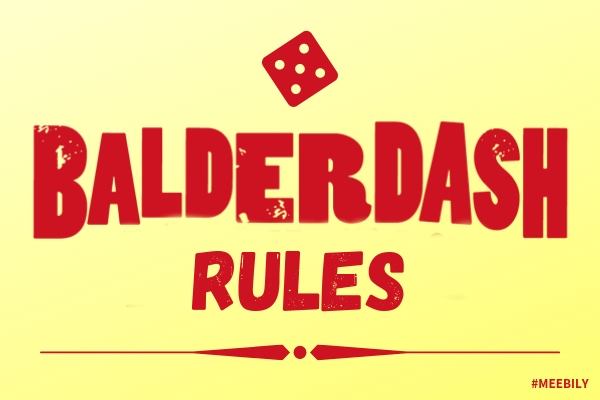 Have you heard about the game Balderdash before? If yes, then you must have a great interest in playing games and if don’t know what Balderdash is, you don’t need to worry about this. You are at the right place to get the relevant information about Balderdash.

You will get the information about the background of Balderdash to Balderdash rules. It is the best game to play with friends. Fans of Scrabble and Pictionary will definitely show interest in this game. Balderdash is a combination of these two games. It involves humorous wordplay like scrabble and it is a guessing game just like Pictionary.

This board word game was created by Paul Toyne and Laura Robinson in Canada. This game was later picked by a U.S company.

Balderdash is a board based word game. You can surely call this game a party game. You can play this game with a group of friends or with your family at a private gathering. Balderdash rules are very simple and can be understood by anyone. Other than entertaining you, this word game helps you improve your vocabulary. You get familiar with new and interesting words.

All the words used in Balderdash are completely unique that it becomes very difficult for the players to even guess them, defining them becomes even more difficult. Sometimes, Balderdash rules allow you to use a dictionary instead of the cards. For playing the game, you need cards, tokens for every player, pen and bluffing sheet or paper.

According to the Balderdash rules, all the players hand over their definitions to the dasher. Those players who submit the correct definition are given three points. If more than one player gets three points, points are retained and around is abandoned. Balderdash rules state that all players read out their definitions one by one. Players get the hold of the correct answer (according to them). If a player guesses the correct definition, he is awarded two points. Wait a minute! There is a twist in the game.

If a player chooses a fake definition then the player who is the writer of the definition gets a point. If all the players are unable to guess the correct definition, the dasher is given three points. Players move their tokens on every point awarded to them. The role of the dasher changes and a new player becomes the dasher. The player, whose token reaches the end square first, is chosen the winner.

If there is a tie between two players (when players hit the finish line at the same time), Balderdash rules say that a tiebreaker round can decide the winner. Whichever player gets more points at the end of the tiebreaker round, wins the game. Another simple way to break a tie is that all the players who have reached the finish line at the same time are announced as winners.

According to Balderdash rules, point scoring in the game takes place as follows:

It is the task of the dasher to tally each player’s score. At the end of every round, players move their tokens on the board towards the finish line. Each move is equal to their individual score at the end of the round. Players always follow in order to make their move. If the dasher has scored a point, he moves first, then the player sitting to his left, then the player to their left. This pattern is followed until all the players have moved.

If the dasher gets to know the answer to a play that closely resembles the correct answer, he must place the card on the side without reading the answer loud during the turn. Two points are immediately awarded to the player. While moving, if the player lands on the spinner segment, the player spins the spinner and moves the spaces shown.

Balderdash rules are very simple to follow. You don’t need to lie to win the game. All you need to do is play the game cleverly. Throughout the game, you need to be convincing in such a way that your answers match the tone used by the cards so that you get the points. This will trick the other players to separate your fake and real answers. This will give you an edge over other players.

Winning the Balderdash game is all about reaching the finish line first. The player who reaches the finish line first is the winner of the game. According to the Balderdash rules, at the end of every round, the total number of the points awarded to each player are counted and the player is asked to move their token forward according to their total points (one move for each point). One more round is played if two players cross the line at the same time. After that round, the winner is chosen.

2 thoughts on “Balderdash Rules: How to Play Balderdash Game”