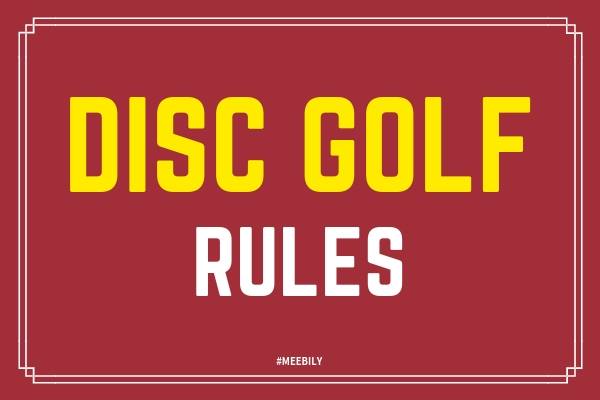 The first game was played in Canada in 1926. It was played by Elementary school buddies. They played by throwing lids of tin into four feet wide circles drawn on the ground. Back then, it was called Tin Lid golf. The game was reintroduced at the Canadian Open Frisbee Championships held in Toronto. This game is now being played in about 40 countries around the world but with proper disc golf rules.

It is much similar to ball golf but it is played with golf discs instead of clubs and balls. According to the disc golf rules, disc golf is played on a golf course. Golf course has 9 or 18 holes. Sometimes, the golf course has holes that are in multiples of three. Holes have different ranges where players throw discs. Holes are designed in such a way to challenge strength and skills of players.

As per disc golf rules, average hole should range 61 to 73 meters. To make each hole unique and challenging for the players, designers use bushes, trees, water hazards, and elevation changes, distance variations along with mandatory flight paths and out of bounds zones, to design the golf course. Many golf courses are equipped with various target position or multiple tee positions to accommodate players of different skill levels.

All the players compete for a hole and they do this by throwing a disc from a tee towards a target. He will throw again from the landing position of the disc until the disc lands on the target. All the throws a player uses to reach the target are counted and all the players try to complete each hole and the course in the minimum possible number of throws.

Here are some disc golf rules you need to keep in mind when playing the game of disc golf:

There are some other basic disc golf rules that players need to keep in mind to play a fair game.

The objective of playing this game to throw all the discs in the hole. One point is counted, every time a disc is thrown in the hole and penalty is incurred. The goal of the players is to play each hole in the minimum number of strokes possible. The player who has played the lowest total strokes in the game is the winner of the game.