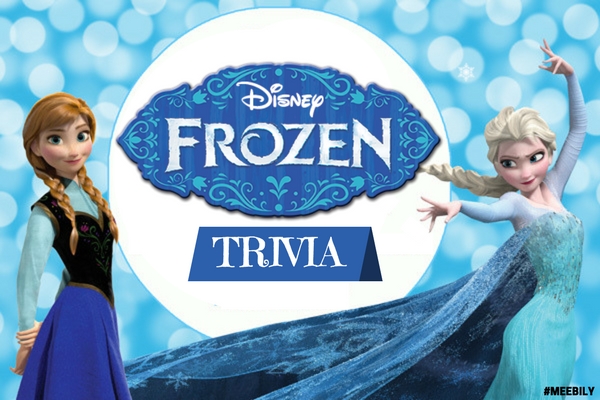 Disney’s Frozen is a whimsical fairy tale that portrays an optimistic yet fearless female character named Anna who strongly teams up with a highly enthusiastic outdoorsman, Kristoff to fight against Everest- type brutal conditions. Olaf, a funny snowman and her loyal reindeer Sven join them in their harsh journey to search Anna’s beloved sister Elsa.

Disney’s Frozen has been inspired by Hans Christian Andersen’s story called “The Snow Queen”. The magical story revolves around the power of sisterly love between Elsa and Anna and how they conquer difficulties faced during their combat against tough circumstances which audiences of every age captivated throughout the movie.

The lovely princesses Elsa and Anna are not only dearly sisters but are closest friends to each other too until one day when Elsa lost her superpowers to create snow and ice. Kristoff, Sven, and Olaf join Anna in her journey to save her sister Elsa and helped her to explore her deepest feelings so that they can save themselves and their kingdom altogether.

Disney’s Frozen, an enjoyable cartoon fairytale that mommy and daddy can watch with their kids whose story is about two sisters named Elsa and Anna whereas Elsa is a potential candidate for becoming a queen having a magical secret power to make things freeze. Unfortunately, Elsa’s magical powers became unveiled on the day of her coronation ceremony and Anna decided to be her support system through thick and thin.

A movie with excellent CGI effects can definitely make up to your list of Must-To-Watch films and Frozen Trivia Questions & Answers quiz is a Must-To-Play family fun activity game that can ignite unstoppable amusing family moments to get cherished all the way long. Let’s see how big a Disney Frozen fan you are and how well you can perform on the ultimate Disney Frozen Trivia Quiz.

Want to know some little known yet fun facts about Disney’s Frozen? Hold tight and scroll a little below:

How to Make a Frozen Trivia Game

So you’re done watching all parts of Disney’s Frozen so why not enjoy the post-celebration of Frozen’s success with your social circle. Playing trivia games on a theme set on Disney’s most loved fairytale Frozen is not less than a treat to your heart and soul. Remember not to become a party pooper at Disney’s Frozen trivia party!

Organizing a trivia game on Frozen theme is one of the best things that you can do this winter with your friends and family. You can adapt to your friends’ suggestions on how to set up the theme for Disney’s Frozen to enjoy a burst of energy after watching the movie together.

You can opt for any of the two methods to design Frozen theme trivia cards to play with your friends. The first method is pretty simple. You can simply purchase Disney’s Frozen theme cards and write the questions in handwritten form. The second method is to get blank business cards and get them printed at your home with Frozen’s background and Frozen’s trivia questions being printed on them. 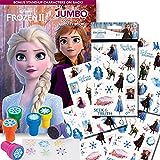 Be an Eager Beaver and design some fun rules to play Frozen-themed trivia game with your friends and family so that everyone can enjoy to the fullest.

Rule 01:Start with the Youngest Player

The youngest player will start the Frozen-themed trivia game.

All contestants should sit in a circle and game will start clockwise or anti-clockwise (or whatever you like).

The winner will sing and dance on any Disney’s Frozen soundtrack and entertain the rest of the players.

It is a must for every participant to wear dresses in White and Light Blue.

You can make more rules to enjoy the second wind with your friends and family members.

Q. While obtaining supplies for her journey whom does Anna meet?

Show Answer
Kristoff and his reindeer

Q. To whom did Anna Convince to Guide her up the North Mountain to the Ice Palace?

Q. Whose voice is recorded for the Kristoff the mountain man?

Q. What is Elsa’s hair color?

Q. Name the one who helped Anna and Kristoff to reach Elsa’s hideaway?

Q. What does Olaf calls Kristoff?

Q. Who does Elsa injures accidently while playing one night?

Q. What two characteristics does Elsa’s magic have according to the old troll?

Q. What actress’ voice is recorded for Elsa in ”Frozen”?

Q. ”This is awkward. Not you’re awkward but just because I’m awkward you’re gorgeous.” Which frozen character’s lines are these?

Q. What is Elsa’s younger sister’s name in the movie ”Frozen”

Q. At what age was to be crowned queen of Arendelle?

Q. ”Conceal, don’t feel.” Are the words of which frozen character?

Q. What are the names of two sister princesses in the movie?

Q. With whom did Anna falls in love?

Q. Name the two Disney characters that make a cameo appearance at the start of the movie.

Q. What is the name given to the apparent leader of the trolls, the one who thaws Anna’s frozen head?

Q. What is kristoff’s pet name?

Q. What is the name of the monster that Elsa creates? 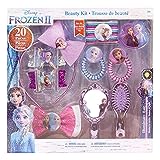 Who are the Disney’s Frozen Characters?

Let us introduce to leading Disney’s Frozen characters played in the movie.

Anna: Frozen has one of the perfect fairy tale characters who manage to remain optimistic no matter what happens.

Elsa: The most prominent, leading yet magical character in Frozen is Elsa. She is the princess of Arendelle kingdom and the eligible heiress to the throne having a superpower of creating snow and ice. The Arendelle princess is portrayed as an evil villain in Disney’s frozen. Guess what? Elsa is Rapunzel’s cousin.

Olaf: Someone who loves warm hugs and the welcoming character of Frozen is none other than Olaf!

Kristoff: The man of a highly enthusiastic outdoorsman spirit is none other than Kristoff. He dwells somewhere high up in mountains and manages to harvest a large amount of ice and proudly sells to the Arendelle kingdom.

Hans: The handsome, young, royal who belongs to the neighboring kingdom but comes especially to Arendelle for only Elsa’s coronation.

Snowgies: The adorable snowmen unintentionally created by Elsa every time she sneezes.

Marshmallow: The giant snowman made by Elsa’s superpower.

Duke of Weselton: Are you trying to guess the name of the person who has a large pointy nose and a pale grey mustache but with a short slender height in Disney’s Frozen? He is Duke of Weselton and he traveled to Arendelle just to attend the coronation of Elsa.

Sven: Meet the most honest and loyal friend of Kristoff who has the heart of a Labrador but is a reindeer!

Q. Where did the king find the map?

Show Answer
In an ancient book

Q. When was frozen released?

Q. Who wrote the song for frozen?

Q. In order to locate the trolls what does the king used when Anna needs their help?

Q. Where did the movie take place?

Show Answer
In the fictional Kingdom of Arendelle

Q. What does The Duke of Weselton calls Elsa?

Q. Where does Elsa flee?

Q. At the beginning of the movie what does Anna say that make Elsa to get out of bed?

Show Answer
”Do you want to build a snowman?”

Q. How did Anna and Elsa’s parents die in the movie ”Frozen”?

Show Answer
They died in a storm

Q. The movie “Frozen” is produced by which company?

Q. What power does Elsa has?

Show Answer
She can make Ice, frost and snow

Q. From whom does Elsa’s parents got help?

Q. After healing Anna troll what memories did he removed of Anna?

Q. Where does Elsa spend most of her spare time?

Q. Who did Anna meets with while exploring the town?

Q. What does Hans do during the coronation reception?

Q. What does Anna build High in the nearby mountains?

Q. Why did Elsa create Marshmallow (a giant snow creature)?

Q. From whom did Kristoff seek help?

Show Answer
From his adoptive family

Q. Into what did Elsa escapes and heads out?

Q. In the end, what promise does Elsa promise makes at the end of the “Movie”?

Q. What are the frozen men cutting in the opening scene of the movie?

Q. Where does Elsa makes her first appears in the movie?

Show Answer
In a room on her bed

Q. Name the kingdom to what Elsa and Anna belong?

Q. What occasion lead to the decision that the gates of the Kingdom have to be opened once again?

Q. What item of jewelry is placed on her Elsa’s head on a ceremony where she is declared as Queen?

Q. ”Were you raised in a barn?” are the wordings of which frozen character?

Q. Name the song that Elsa sings while creating a palace of ice?

Show Answer
on the cabin

Q. Why did Anna and Olaf believe that Kristoff is crazy?

Show Answer
Because he call Rocks as his friends

Q. Kristoff is referring to whom when he says, ”Now back up while I deal with this crook here,”

Q. What does Kristoff told Anna that he sells for a living when she meets Kristoff in Oaken’s store?

Q. What song does trolls sing in the movie?

Q. ”Some people are worth melting for.” What frozen character says these lines?

Q. Why did Anna get to Elsa?

Show Answer
Asks her to fix what she did

Q. Where did Elsa accidently strikes Anna with her powers once again in the palace?

Show Answer
On the heart

Q. What does Olaf likes the most?

Q. ”You have to tell them to let me go.” Are the words of which frozen character?

Q. What did Kristoff discovered that can save Anna?

Q. How many brothers Kristoof had?

Show Answer
Twelve and Kristoff was the thirteenth one

Q. Why did Hans try to kill Elsa?

Q. What frozen character says, ”Your sister is dead because of you”?

Q. Who stops Prince Hans when he tries to kill Elsa’s at the end of the movie?

Q. What duet do Elsa and Anna sing together?

Show Answer
For the First Time In Forever

Q. What does Elsa gives Olaf to make him survive in the summer?

Show Answer
His own personal cloud

Q. What does Sven likes the most?

Q. What season does Olaf likes the most?

Q. With who does Olaf dances in his song about summer?

Q. For how many years were the gates of palace closed?

Q. What phrase does Elsa repeat when trying to control her powers?

Q. Anna and Elsa own how many salad plates?

Want to enjoy Disney’s Frozen trivia games and puzzles without encountering movie spoilers? Then get ready to get a head start on our drive to explore Disney’s Frozen a little more.

With a fun interface on IPad and iPhone, the frozen trivia movie quiz is here to entertain you by giving Disney’s Frozen vibes. Isn’t it magical? It is addictive, entertaining and full of brain-teasing frozen themed puzzles. The best part is it has a free downloadable feature and you can play it with your friends to get to know who has more knowledge about Frozen.

Spoiler-free, Frozen fever is something that you will enjoy this winter. Starting with level 1 which is the easiest, you will have to clear four levels to get the mastership on Disney’s Frozen trivia knowledge. The feature of a time attack is something that makes it more challenging. 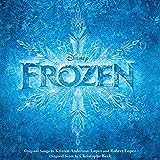