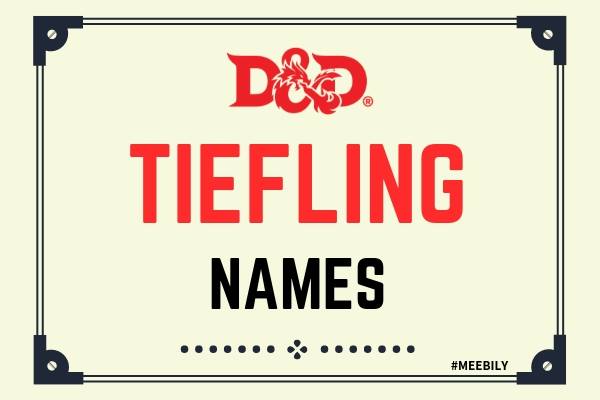 A sinister race with a bloodline that is haunted in nature along with a dark appearance belongs to none other than Tiefling. The race of Tiefling was started in primitive time and their race comprises rogues who are intellectual in nature who are always ready to fight to protect their rights and homeland.

The kingdom of Tiefling was come into being by a human empire named Bael Turath and it got expanded rapidly like fire in a short period of time. Tieflings are proud of their rich heritage as they are descendants of noble houses. Tiefling is so self-dependent and ambitious that they trust themselves more rather than on Astral deity.

Due to their appearance, humans don’t trust them and are often in conflict with them. Neverwinter is close to their heart on they will keep fighting for this city. Many of the Tieflings, due to their bloodline are more predisposed to dark magic and thus become wizards.

A thousand years ago there was an empire called Bael Turath. Just when the empire started weakening due to rebellions, its king made a pact with the devil himself to regain the power. The payment was in the form of the souls of the citizens. The devil gave supernatural infernal powers to the king and the nobles who participated in the pact.

With power came a change in their appearances as they started growing spikes and horns along with red skin. The kingdom Bael Turath declined, just like any other kingdom when it reaches its peak when it started having wars with the Dragonborn empire of Arkhosia. But to this day, the generation of Teiflings still carries that infernal bloodline no matter if they are related to the atrocities of their ancestors or not.

Let us assist you in naming your Tiefling. Choose your best pick according to the Tiefling’s gender.

Tieflings have large horns that can be of any shape, straight and tall or curly and spiral like an antelope. They generally have dark hair that cascades from behind their horns. The hair can brown, black or dark red and blue. Their eyes have no pupils and comprise solid colors like silver, gold, white, black or red.

Their skin color generally resembles the humans but red tones are also seen. Their habitat is often the roughest quarters of the city where they grow up to become crimelords and thieves. As they are rejected by society since the beginning, they know they have to be strong to survive. Thus they are self-reliant as individuals and don’t trust people quickly. When they make companions, their loyalty is firm.

Due to their infernal bloodline, they share the following characteristics:

How to Brainstorm Tiefling Name Ideas

Here are some ways to think of creative and unique names for your Tiefling:

Tiefling names can be categorized based on their gender and virtue. Some names relate to their infernal heritage, some symbolize a concept or virtue dear to them and for others, heir name denotes their destiny.

Fantasy Name Generator is a Teifling name generator that gives you 10 random teifling names that go with the D&D theme. The names can be for both males and females.

Random Name Generator is a name generator that gives you over 20 genres to choose from, from which you can derive your names. It also gives the ability to generate up to 100 hundred names at once. You can choose the gender of the names.

Following are the different variants and races of Teiflings: