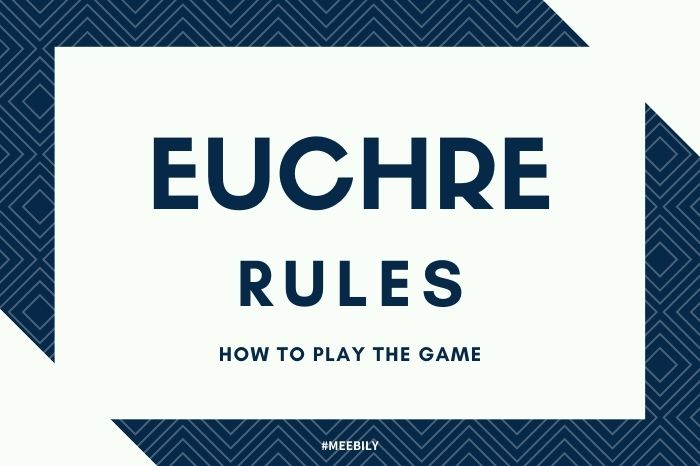 It might be surprising to know that Euchre is one of the popular games played in Europe during the Napoleonic era. Following this, in 1800 it became the most played card game in American and Australia. Euchre is the secret behind the inclusion of joker in original cards. Joker was originally designed to act as the left and right bower.

Euchre rules are designed to play the game with four players rather than two. The four players are partnered in pairs, so it is actually two teams. The euchre rules are based on whist where the players play one card and the one with the highest card from suits is considered as the winner of the trick. However, the difference from the Whist game lies where one of the team decides a trump and therefore should win the majority of the tricks in the round.

You do not need any other thing except the suit of 24 including the usage of 9, 10, King, Queen, Jack, and Ace in all suits. Some versions of the game also involve the use of joker. People also prefer playing with a deck of 32 cards which consists of 7 and 8 in the suit with addition to the 6 cards mentioned before. The standard euchre rules say it to be played in a partnership where partners are required to sit opposite to each other.

The Objective of the Game

Out of 25 cards, 5 cards are dealt with each of the players so that they are required to win the three tricks out of five. Winning all five promises to award a bonus. The remaining card is placed upside down on the center of the table. The top card is faced upwards and sets the trump suit.

The initial dealer is selected randomly and then the dealing rotates clockwise. The dealer then shuffles the card and the person sitting left to the dealer has then the opportunity to the deal with cards. They can either cut or bump knocking the cards. This is an indication that the cards should be dealt with continuously in the same manner without cutting.

In each round, five cards are dealt with each player. The dealer deals the card clockwise giving each player a pack of two or three cards. But the player who was dealt with two in the previous round is dealt with three in the next round. This is then followed by dealer turning the face-up of next a card in the next pack which is used for selecting the trump in the suit.

Likewise, euchre rules are followed in deciding which has to undertake the three tricks in a particular round. The player to the left of the dealer has this chance of deciding the trump and say ‘I order it up’ or simply ‘pass’. If the first player passes, then the dealer’s partner has the opportunity. The trump is made when one of the players accepts. This thus forms the makers and the other team is termed as defenders. If however, all players pass the card then that card is turned down and the next card in the deck is turned up and the process continues. The exception to this rule is when the joker is up then the dealer’s team is the makers.

The game consisting of four players begins with the player to the left of the dealer making a trick. If one of the players is playing alone then the player to the left of the loner makes the first trick and if the game has only the two players, then the dealer leads the trick. Players can choose any card to lead the trick and the game goes in a clockwise direction following the suit. But, if it is not possible for any player to follow the suit then they may choose any card that they want.

Following the suit is necessary to place the joker and jack in the trump and no other suit. Any player who plays the highest card wins the trick. When the trump is played, then the player playing with the highest trump takes the victory. Noe that the winner of the trick leads the next trick.

The scoring euchre rules are as followed if four players are playing the game:

Euchre is played in several rounds until one team has scored 11 points. Usually, the teams keep the score using the spare 5 and 6 cards. The cards are required to be placed on the table so that the current scores of each team can be noted. The game is also played with 10 points and 25 points.

There are many variations to the Euchre games. The one explained in the article is also known as Knock Euchre.