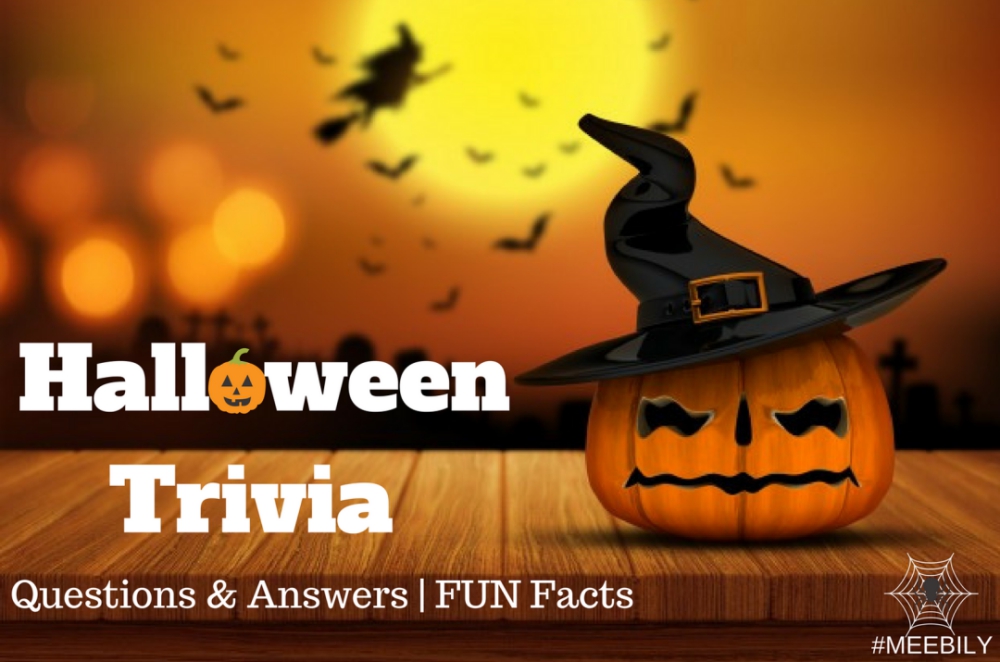 One of the scariest moments for some kids is when they tell scary stories to each other and go outside to play trick-o-treating at night. All family members visit each other on this day and bring a traditional food called Barmbrack (a kind of fruit cake) in order to greet one another for Halloween. People celebrate Halloween by decorating their houses. Adults anxiously wait for the Great Halloween party on this day.

Halloween invitations are sent to family members and friends before Halloween. There are different Halloween decorations done for this party that involves Halloween Fun games, watching haunted movies, Lightning bonfires. Some adults enjoy Halloween by visiting haunted houses and other haunted attractions. There is a variety of sweet dishes like Halloween cupcakes, Trifles, brownies, custard, and cakes in different flavours that people enjoy.

History says that the tradition of Halloween emerged from the Celt harvest festival of Samhain. Samhain was actually a celebration that was held at the end of the harvest season. Celts believed that the walls between the world of the living and that of dead ones become thin before the New Year. As the boundaries become thin spirits may walk into our world and may damage crops for the next year.

What are Halloween Superstitions?

There are numerous superstitious beliefs regarding Halloween and they get creepier the more you try to explore them.

For making it more interesting you can divide kids into two teams and each team has to answer Halloween Questions one by one. And the team that will give more right answer will be declared as winning team. You can add more fun by giving different gifts to the winning team.

Q. After which holiday does Halloween is celebrated?

Q. When is Halloween celebrated?

Q. When does celts celebrate their new year?

Q. What does the orange color stands for?

Q. What does the black color indicates?

Q. Name the activity for which kids wear scary clothes and ask for candies from neighbors?

Q. On what does witches ride and fly around the town?

Q. Pumpkin is a vegetable or a fruit?

Q. What is the name of traditional food that people like to eat most on Halloween?

Q. Pumpkins have how many colors?

Q. Which three colors do pumpkins have?

Q. Bonfire is originated from which word?

Q. In which ancient Celtic festival does Halloween has it’s origin?

Q. What are the two colors associated with Halloween?

Q. Which food is kept outside the house for kids to see?

Q. What is the color of the pumpkin kept outside the house?

Q. Where are pumpkins grown?

Q. Which vegetable was earlier used to make Jack-o-Lanterns for Halloween?

Below are Halloween trivia questions and answers quiz to challenge your mind nerves.

Q. Who started the tradition of Halloween?

Q. How many colors are there for M and M’s?

Q. Who is the author of the novel “Dracula”?

Q. What does group of witches is called?

Q. Halloween is originated from which country?

Q. What was the real name of the Dracula?

Q. What does word Dracula means?

Show Answer
Son of the Devil

Q. What is the significance of staring into a mirror at midnight on Halloween according to superstitions?

Q. From which region pumpkins are originated?

Q. Who is the author of the novel “Frankenstein”?

Q. If you see spider on Halloween what does it means according to superstitions?

Show Answer
It means spirit of loved ones is guarding you.

Q. Name the country that celebrates the day of dead as the midnight starts on 31st Oct.?

Q. What particular ability does a person born on Halloween have according to superstitious beliefs?

Show Answer
Have ability to see and communicate with spirits

Q. During Salem Witch Trials how many people were hanged?

Q. Transylvania belongs to which country?

Q. If a person have intense fear of Halloween what does it means?

Q. “Don’t be afraid I’m going to give you the choice I never had” this is saying of which vampire?

Q. What does the word Hallow means in relation to Halloween?

Q. Halloween is also known as?

Q. What was the diameter and weight of the largest pumpkin pie?

Show Answer
More than 6m in diameter, 350 pounds in weight

Q. What is the percentage of the children under 12 who go trick or treating?

Q. How much is spent on costumes each year?

Q. Vampire bats are from which region?

Q. Vampires are also known as?

Q. In which year The count Dracula” society was found?

Q. How many Americans celebrate Halloween by decorating their houses?

Q. From which region was Halloween brought to North America?

Following are some little known Halloween movie trivia questions with answers to test your knowledge and memory.

Q. What is the name of the first actor who played wolf man?

Q. What is the name of the actress who played a role of Laurie Strode in the movie “Halloween”?

Q. What was the number of people killed with chainsaw in the ‘The Texas Chainsaw Massacre’?

Q. “Freaks” movie was made in which year?

Q. “Psycho” was nominated for Oscars how many times?

Q. In Halloween II Which movie was playing on T.V when Michael entered the couple’s house?

Q. How many times Michael was shoot in Second movie?

Q. What is the name the director of  “The nightmares before Christmas”?

Q. Who played role of Michael Myers as an adult?

Q. White House Rose Garden was haunt by whom?

Q. When did the two teen witches meet in movie “Twitches”?

Show Answer
At their 21st birthday

Q. What was the age Travis in the movie “It Comes At Night”?

Q. In which year “Halloween Town” was released?

Q. Which movie is known as the Longest running movie in history?

Q. Evil Michael Myers murdered whom in the movie “Halloween”?

Calliope Tsuro - The Game of The Path - A Family...
Check Price

Here are some amazing things that you can do on Halloween

It is one of the most popular fun activities. People carve lanterns out of the Pumpkins. Jack o lanterns are named after a farmer named Jack who tricked evil spirits several times and was restricted to enter both heaven and hell. So he moved around the earth and distracted people from their path.

It’s a kind of theme party where Kids and adults both dress up in scary costumes to scare the spirits away.

In remembrance of the dead ones people light bonfires and also pray for them.

It is adapted from a Roman Festival Pomona (goddess of fruits and trees). It is an interesting game played on Halloween. This game involves a basin or tub full of water and apples are put inside it. The player has to pick the apple out of the tub with the mouth without using hands.

Here is a list of Halloween Movie that you can watch in a Halloween party with your friends and family members. Don’t forget to buy snacks and popcorns for movie session before Halloween.