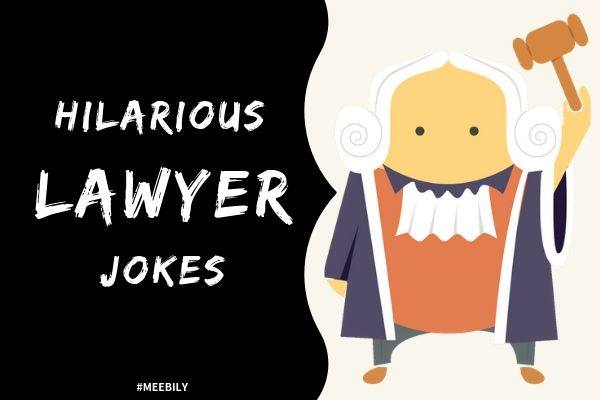 A lawyer’s profession has always been confused by someone who himself has never had to associate with the occupation. This I why lawyers are the subject of everyone’s jokes. If you have any lawyer friend in your group you will know how easy it is to make their fun. Lawyers’ need to be good with words. And their job description demands them to twist the truth sometimes. This is why their profession can easily be molded into jokes by a little exaggeration. Scroll down to see our compilation of the funniest lawyer jokes.

Read More: 20+ Funniest Dentist Jokes to Crack You Up

How to Use Lawyer Jokes

Lawyer jokes are hilarious. You can exchange them with your friends. It gets better if one of your friends is a lawyer. But, make sure none of the jokes get too offensive. Sometimes a joke told the wrong one can blow up on your face or threaten your relationships. So, think thoroughly before it is too late.