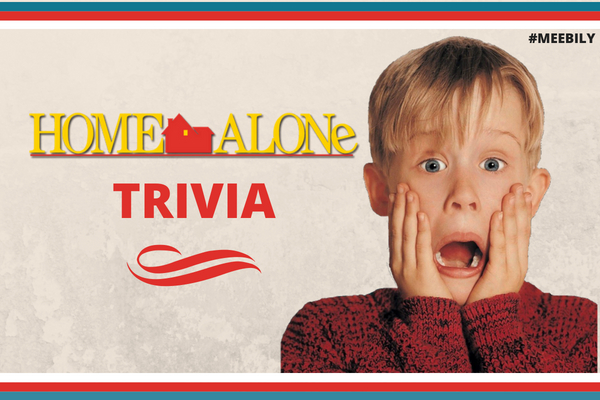 Christmas isn’t Christmas unless one hasn’t watched Home Alone in a cozy blanket with the smell of fresh turkey in the air. To add more excitement to your Christmas, and absolutely fun Home Alone Trivia questions & answers quiz prove to be the perfect ingredient.

However, Home Alone is a family comedy series that features a young boy that experiences exciting adventures after being accidentally left behind by his family when going on a family holiday. The comedy, the action, and the cleverness with which the protagonist handles all the challenges have forged it into a must-watch series of a Holiday regardless of your age. Since its initial release, Home Alone has been hailed as a holiday classic among audiences and is one of the best Christmas films of all time.

So, Home Alone lovers, the below Home Alone trivia questions and answers quiz will take you back on a whirlwind of emotions and memories. We hope this will bring out your deeply buried nostalgic feelings for this series. Without any further ado, let’s get started!

Q. What is the age of the main character in the film?

Q. What is the name of the main character?

Q. How many siblings did Kevin have?

Q. Is Kelvin the oldest or the youngest?

Q. By whom Kevin used to get bullied by other than his siblings?

Q. With whom did Kevin fight in the film?

Q. What is the name of his older brother with whom Kevin fought?

Q. As a punishment with his fight with older brother, where did Kevin was sent to?

Q. By whom Kevin becomes frightened?

Q. What were the names of the two burglars?

Q. When did Kevin’s family realize that Kevin is missing?

Show Answer
On arrival from Paris.

Q. Who offered Kevins’ mother to travel with her to Chicago?

Q. Who was Gus Poliski?

Q. With whom Kevin met while watching the performance?

Q. After Marley saved Kevin from the duo, what happened?

Q. Were Harry and Marv arrested in the end?

Q. After suffering some injuries due to bobby traps, where did Kevin lure the duo?

Q. Who played the character of Kelvin McCallister ?

Q. Where the McCallister family were preparing to spend Christmas?

Q. Where did they decide to gather before their departure?

Q. What did he do after being sent to the third floor of the house?

Show Answer
Made a Wish.

Q. What wish did he make in the room?

Q. What did Kevin learn about Marley?

Q. What did he do after overhearing the burglar plans?

Q. On Christmas Day, What did Kevin feel to find his family gone?

Q. What did Peter notice about Harry?

Q. When gesture was exchanged between Kevin and Marley after their reunion?

Q. Where did Kevin reunite with his mother?

Q. What did Kevin watch when he went to church?

Q. What did Kevin observe about Marley after his reunion with his family?

Q. What was the mode of transportation with which Kelvin’s mother reached Chicago?

Q. In the scene in the church, where did Marley point at in the choir?

Show Answer
At his granddaughter.

Q. In the morning, why was Kevin’s family were rushing towards the airport?

Show Answer
Because they overslept.

Q. Did Kevin tell his encounter with Harry and Marv?

Q. Name the Christmas classic which Kevin’s family was watching in France?

Q. Who offered Kevin’s mother a free ride to home?

Q. What did Kevin prepare for dinner?

Q. Name the street where McCallisters live on?

Q. According to Uncle Frank, at what time the family would be leaving the house?

Q. Name the boy who calls Kevin a disease.

Q. Name the movie that Kevin was watching?

Q. Name someone who is married to Kate.

Q. State the total count for the pizzas.

Q. Who asked Harry the reason for dressing as a Chicken?

Q. Name the tool that Marv and Harry use?

Q. Name something that Kevin shoplifted?

Q. What are the name of Kevin’s parents?

Q. Name the pet of Buzz.

Q. Name something that Frank forget at home.

Q. Name something that Kevin stole from the store.