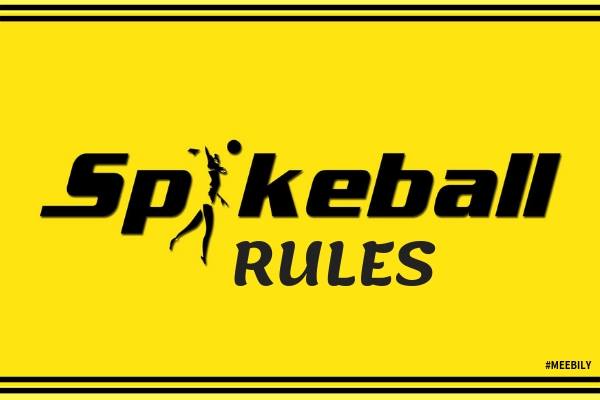 While strolling by the playground, you must have often seen the group of people bouncing the ball off and on a yellow and black trampoline and wondered why people spike the ball down. You will get your answer today. Take a sigh of relief, first! Well, the new game is in town and has probably taken everyone by the storm.

The Objective of Spikeball Game

If you are thinking that spikeball has the objective of only improving cognitive abilities and physical performance, then you need to stop assuming and read this till the end. The spikeball begins when the ball is put into the play by with a serve.

Players can then move anywhere around the spikeball net which means there are no boundaries, hurray! The basic objective of the game is to hit the ball into the net before your opponent returns it. Every team is allowed to touch the ball three times to return it and the rally is not discontinued until the ball is not returned properly. Whenever your opponrnt misses, it earns you a point and this is no less than awesome. The spikeball promises to offer lifetime fitness and sportsman spirit.

Now, that you have understood the objective of the game, let’s get into the box and know what exactly the game and spikeball rules speak about. There are few points that will definitely lead you to know the gameplay:

According to the spikeball rules, you can only begin the game if your ball is of12 centimeters in circumference and there is consistent net tension. To start the server you need to be the winner of paper, rock or scissors. However, before the ball is served, the players not receiving the serve are advised to stand 6 feet away from the net but if you are the one receiving it then you are obviously free to stand anywhere.

The receiving team decides their position first and then the servers. The server can take a pivot step but is not allowed to move beyond the designated pivot. Servers are not allowed to cross the serve line which is approximately 6 feet away from the net.

They can lean over the line but not cross it until they have the ball in their hands. Before hitting the ball, servers need to either toss the ball or bounce it but hitting the ball directly is absolutely impermissible. Finally, serves shall not be above the raised hand of the receiver and in case the receiver catches the ball then serve has to be done again.

The teams must alternate the hits between them and no one is allowed to throw or catch the ball. If the ball touches any part of the body then it is considered as hit and no matter what part it has touched, you are not allowed to hit the ball twice. The ball must bounce one time once it is on the net and clear the rim without touching it to be called as good. Also, the ball touching the ground is not good.

To keep a fair play, spikeball rules state that the teams shall switch their positions halfway if sunlight is the factor. No one is allowed to wear cleats; athletic shoes are preferred but if you feel like playing barefoot then there are no restrictions.

It is obviously boring to not tell the key to the success of spikeball. Don’t think much, we are talking about the rules to score a point. Both, the receiver and the server can collect a point if they deserve it, provided the spikeball rules are followed. Points are scored if the ball exceeds the single bounce on the ground or if it is not hit back to the net after 3 hits. Points are earned if the ball hits the ground or there is an illegal serve.

Game is played till one of the teams score 21 points leading with 2 points. There are hidden secrets that not many know but they lead you to win the game. Read on! Once a point is scored players must return back to their position till the ball is served again. They can benefit if opponents try to spike the ball away. You need to keep an eye on the position of your opponents. If they are standing away from the net, the hit the ball softly so that they might miss to return it. Try the opposite if you found them close to the net.

The interesting aspect of spikeball is that it is played in all age groups. Spikeball is now tour series being played in tour series and people prepare for these tours for months. For tours, 8 hours are straight dedicated to the game since they involve 21 events, 4 regions and only 1 champion. These tours are a great way to meet new players and spike out in different regions.