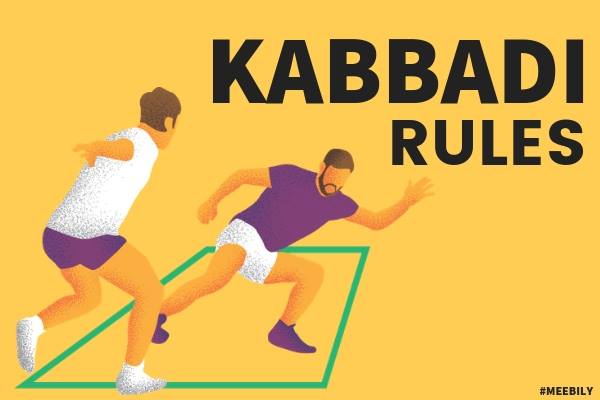 Kabaddi is one of the popular games whose history goes back to the ancient times of India South Asia. If we talk about its origin purely, it is a Tamilian game and was played in different parts of South-India with full zeal and zest, since long until it gained international exposure on Berlin Olympics. There was thus a bit modification in Kabaddi rules, then. Kabaddi World Cup and Pro Kabaddi League have played significant rule in its popularity. Kabaddi is primarily a team sport that combine the rules of wrestling and rugby. Kabaddi rules are not stringent, and this is the reason that people modify them according to their ease. Due to the simplicity of Kabaddi rules, there is a large public out there who is always willing to play it and build their stamina.

The game is played by two teams with seven members each, in a large square ground. Players take a number of turns in the square arena towards the other teams’ half. During the course, they are required to tag the opponent players to win the game.

Let’s find out more about the rules and the objective of the game!

Looking for indoor games? Check out: Fictionary Rules: How to Play Fictionary Game

The objective of the Kabaddi Game

Kabaddi was originally played to increase the stamina of the sportsmen and teach them the art of self-defense. It is the most inexpensive game that you will ever find, needing not a massive ground. Kabaddi rules have made it easy to understand the objective of the game. The basic objective lies in raiding the opponents’ court, tag them and grab the points as much as one can, without get caught. While the whole course is happening, players chant loudly Kabaddi, Kabaddi!

Every team consists of 12 players only with seven on the court and five players in reserve. There is no hard and fast rule to come up with complicated equipment and court to play kabaddi. The only requirement that needs to be met for the court is its measurement of 12.5meters length and 10 meters wide. The court is spilt into two by drawing a mid-line in between. Another thing that needs to be kept in mind is the depth of the court i.e. 1 foot at least. Mud is removed, and the court is filled with the sand, instead.

Unlike other games, kabaddi in a true sense is a game that needs special equipment, clothing or shoes and this shows that it is intended to be played by everyone out there.

Rules for Winning the Kabbadi Game

There is not hard and fast rule when it comes to winning the game. The rule is quite evident until now that the team with more points win the game. In case of a tie, the game is declared to draw and there is no tie-breaker available, according to the traditional kabaddi rules.