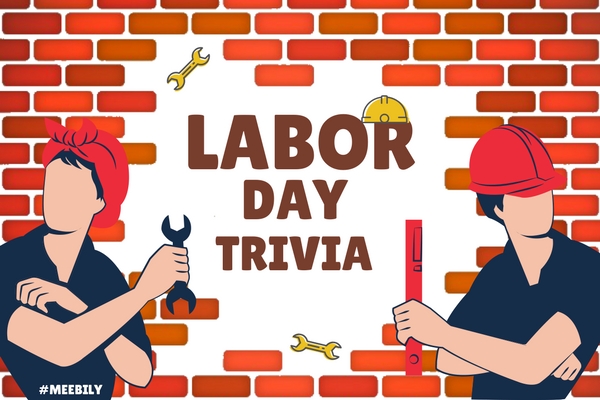 We work non-stop all the time!!! Some of us work 18 hours a day while some of us struggle hard in the hot blazing summer and extreme winters to raise our families.

No one ever thought of having a break, a holiday to celebrate all the hardships that the laborers suffer while working day and night to achieve something until 1894.

Yes, the actual federal holiday is known as the “labor’s day holiday” initiated in the 19th century in order to pay tribute to the laborers all across the world. It is also known as the “International Worker’s day” in some countries.

Labor’s Day is celebrated on the first of every May, worldwide. Even though it is different in some countries but most of the country share the date, 1st.May each year. Labor’s Day originated as a consequence of the Labor Union Movement which was conducted back in the 19th century and ever since then each year an international holiday is celebrated to pay special tribute to the workers all over the world. Oregon was the first to announce Labor Day an official holiday in 1887. The first Waffle House opened on Labor Day. In 1955, in Avondale Estates, GA, the very first Waffle House unlocked its doors to the public.

Okay!! I guess, enough with the history now, let’s get to the fun part. We have drafted the perfect Labor Day Trivia Questions and Answers quiz worksheet which is literally really fun and entertaining. If you are a nerdy geek kid then this Labor Day trivia quiz game is the best time pass that you can possibly have. So, without waiting any longer put yourself to the test about how well you know about the Labor Day.

Do you know that Labor Day is recognized as the ‘unofficial NFL season kickoff.’? It is so because 99.44 percent of the time, the NFL plays its first official season game the Thursday after Labor Day. To get to know more interesting fun facts about labor day, scroll down the post below.

In the United States of America, the first Monday of September is celebrated as Labor Day. Labor’s day credits the American labor movement and the active participation that workers have made to the power, prosperity, laws, and happiness of the country.

It is the Monday of the long weekend known as Labor Day Weekend. It is recognized as a federal holiday. Labor Day is called as the “unofficial end of summer” because it seals the end of the cultural summer season. Labor Day is celebrated every year to recognize and honor the contributions and achievements of the 155 million men and women who are in the U.S. workforce.

Q. When is Labor Day celebrated in Canada and America?

Q. Which country celebrates Labor Day on first of May?

Q. Who is widely believed to be Father of Labor Day in America?

Q. Which city in the United States of America was the first to celebrate Labor Day?

Q. The famous 19th-century activist Peter McGuire was assigned a nickname, what was it?

Q. The first labor strike in the U.S. believed to have occurred in which year?

Q. The Labor Day Parade was held in America in which year for the first time?

Q. There were several obstacles to Southern economic growth, which was not among them?

Q. A small town where everything was owned by a mill company was?

Q. The Act which vaguely worded and led to the dissolution of many labor union was named?

Q. The Great May Labor strikes of 1886 were all about?

Q. What was the name of the strike which led in making Labor Day national holiday?

Q. The Labor Day Strikes of 1886 ended in which place?

Q. What was the name of the secret organization which provided the basis of American Federation of Labor?

Show Answer
The Knights of Labor

Q. What is the Ghost Union originally?

Show Answer
A union run by a company.

Q. The bill which made the Labor Day a national holiday was signed by which U.S. president?

Q. Who actively recruited the members of Knights of Labor?

Q. What was the name of the nonunion sanctioned strike?

Q. What was the name of the labor union founded by William Sylvis?

Q. The National Labor Union collapsed how many years after the death of William Sylvis, the founder?

Q. What was the name of the leader of Pullman Strike who was also arrested?

Q. The book which advocated socialism, written by Herny George was named?

Q. How were many labor leaders arrested after the bombing of Haymarket Square?

Q. Out of eight labor leaders who were arrested at Haymarket square how many were hung and pardoned?

Show Answer
Four were hung and three were pardoned

Q. The Oshkosh woodworkers strike (1898) was held to resolve which main issue?

Q. The eight hour day came into effect in which year?

Q. The largest Labor Union in the United States in 2005 was?

Q. What was the name of the leader who organized the California Farmworkers?

Q. Who was assassinated while in Memphis to support a strike of Garbage workers?

Q. Which philosophy implied that the ”drunkard belonged in the gutter” and should be left there?

Q. Which union was founded by Samuel Gompers and advocated for the eight-hour workday?

Q. Which term was chosen for the rich industrialists who dominated American politics in the Gilded Age?

Q. The person who controlled 90% of all oil refined in the U.S. was?