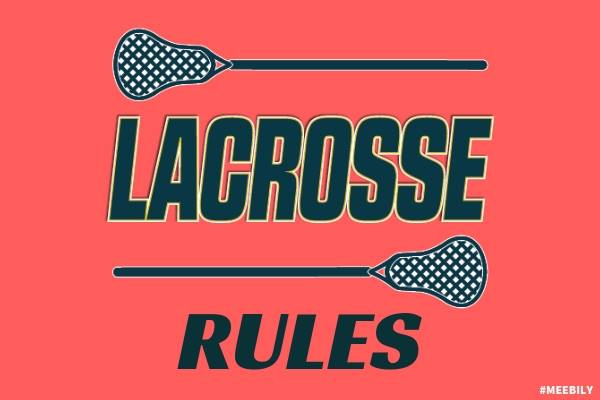 Lacrosse is a game played as a team, team players pass the ball to each other with the help of a stick that has a net or mesh at one end. Lacrosse has a Native American origin. This game was played to train the tribal warriors and it dates back to more than a thousand years.

You might remember the movie ‘The last of the Mohicans’ starring Daniel Day-Lewis, where lacrosse was played. In early times, there were thousands of players in the game, playing on the side looking for victory. Early versions of the game were documented by French Jesuit missionaries where it becomes popular and got codifies in Canada in 1867.

There are lacrosse rules which needs to be followed while playing the game. The modern version of this game fast and frantic sport in which players were helmets and padding. After watching this sight, Mohicans might laugh heartily. Lacrosse can be field lacrosse or box lacrosse. Here, we will be talking about the filed lacrosse rules.

The objective of the Lacrosse Game

The objective of this game is much similar to the sports that involve a ball, more specifically this game is similar to games where players shoot ball into the goal and opponents have to stop it. The lacrosse stick is known as ‘crosse’. It is used to carry, catch and pass the ball with the purpose of stopping your opponents from gaining points or score. When the opposite team has the ball, the team defending can try to divert them using crosse against opponents’ bodies or sticks.

Lacrosse is quite a simple game to play. All you need to have is a complete set of players.

Players: Each team must have ten players consisting of one goalkeeper, three midfielders, three defenders and three attackers.

Equipment: After players, before playing lacrosse, you need to have a complete set of equipment as well. The lacrosse sticks are divided into ‘long’ and ‘short’ sticks. The long stick must be 52 to 72 inches in length and the later must be between 40 to 42 inches in length. The head of the long stick must not be less than 6 inches and not more than 10 inches at the widest point.

The goal keeper’s stick is quite different. It must be 40 to 72 inches long and about 15 inches in width. Other than the goalkeeper, not more than four players are allowed to carry the long stick. The ball is made of hard solid rubber and it has a diameter of around 8 inches. Hence, players must wear helmets, mouthpieces, arm pads, shoulder pads, and gloves to keep themselves safe from injuries.

Once you have players and equipment, you must have the knowledge of lacrosse rules.

Caution: While scoring the goal, the team must keep this mind that if any player enters the crease (goal line) before the ball has crossed the goal line, this will cause disqualification of the goal.

There are always some rules for playing a game. Likewise, Lacrosse also has a certain set of rules that needs to be followed. Below is the overview of the lacrosse rules:

For winning the game, teams must keep the lacrosse rules in mind to avoid disturbance while playing the game. The team that scores the number of goals in the given time of the game, is obviously the winning team. If the scores of the teams are equal after the time is up, additional overtime is given to both the teams. In overtime, the team which scores the goal first wins the overall game.