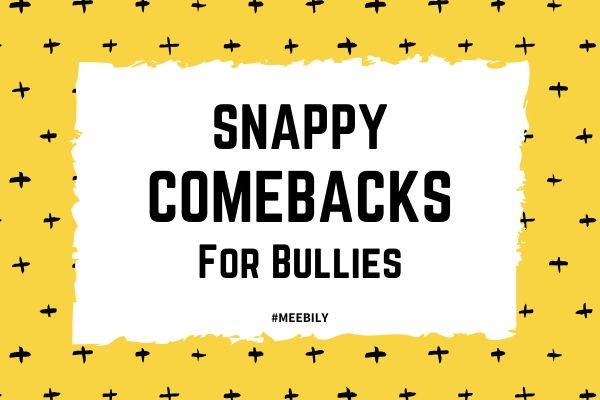 No matter where you go, people, have a way of getting into your head by hurling out savage insults or mean remarks. You can either turn the other cheek around or step up to them so that they do not keep going down this road.

It is better to shut these bullies now with sarcastic comebacks rather than hurting silently and wishing you had defended yourself. The thing with bullies is that there is no limit, they blurt anything out to feel more significant, but you do not have to drop to their level. Instead of rude comebacks, reply with snappy yet funny comebacks.

We have a list of good comebacks for the jerks to put down the haters in any scenario. You do not have to be terrified of them anymore, after all, they are just frightened little people hiding behind a mean persona, just like Zac Efron says in 17 Again.

Read More: 20+ Funniest Dentist Jokes to Crack You Up

Funny Comebacks for Every Situation

Best Ever Comebacks For Haters

Clever Comebacks In An Argument

6 thoughts on “50+ Snappy Comebacks for Bullies”