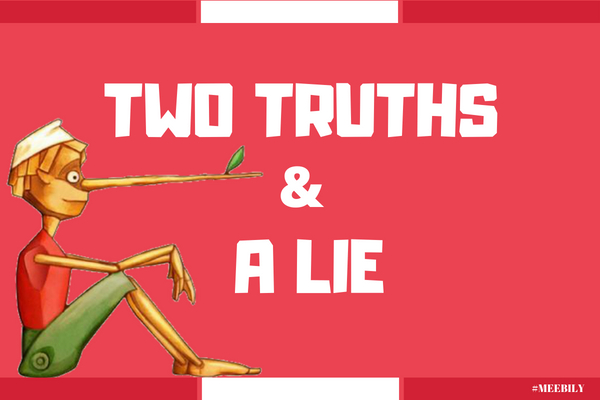 Specially used as an ice breaker, this game is frequently used to getting to know somebody that you’ve just met at a party or a social gathering. Even if you know somebody to just a limited extent, this game would really help you to find out interesting facts about them. Two Truths and a Lie game is also played to see how good somebody is at lying about themselves. You can’t judge a book by its cover, can you?

How to play Two Truths and a Lie Game

Once the circle has been formed, paper and pens are distributed and each member would write on the paper, three statements about them in which two of these statements are true and one statement is a lie. Now, the first person in the group reads out loud those three statements at once.

Then he/she reads each statement again and asks other people in the group to vote which statement they think is true and which statement is false. One of the members in the group can also participate as a moderator to keep track of the scores by writing it on the paper. The person with the highest score wins the game!

For teens, there are a number of Two Truths and lie ideas that can boost the fun meter of any gathering. Check out some statements for the Two Truths and a Lie game below.

Two truths and a lie game are not only for kids and teens. People working in organizations can play this game with their colleagues and also if you want to kill some rumors, these Two Truths and a lie game ideas can make you not miss the boat. Let’s dig in.