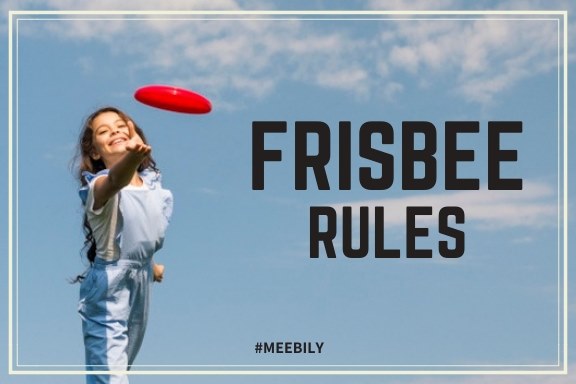 Ultimate Frisbee is an exciting team sport that is played by many people around the world. It is played in mixed, open and women’s team in almost every corner of the world. Game is played with a flying disc also known as Frisbee. Two teams present at each end of the playing field defend the goal area.

It is a very competitive and fast-moving game that demands the players to have serious throwing skills along with alertness and immense stamina. This sport is recognized by famous sports associations in the world. It was created in 1967 by the Columbia High School students. These days, ultimate Frisbee is played by five million people in the US and UK.

Like every game, ultimate Frisbee also has a proper layout with a specialized field which is quite similar in size to the football field but its width is quite less. The playing field is 40 yards wide, 70 yards long and has end zones which are 20 yards in depth.

After the scoring of each point, teams form a queue on opposite end zone lines. A disc is introduced in the play by the scoring team. According to the ultimate Frisbee rules, very less equipment is required for this game. This the beauty of this game. All you need to have is an inexpensive disc, seven cones, and a playing field. The game is played with two teams having seven players each. Player substitution is allowed in case of injury and when the timeout is called.

The playing disc weighs 175 g and its diameter is 10.75 inches. Game is usually played for thirty minutes having five minutes of half time given after 15 minutes. At the end of the time, the team with the most number of goals is announced as the winner of the game. The flip of the coin will decide which team will get the possession of the disc first. The losing team will line up at the midfield and will make a throw.

Throwing of Frisbee is very important according to the ultimate Frisbee rules. There are many different ways to throw the Frisbee. The goal of the players is to get the Frisbee into the opposite zone.  Hammer, backhand and forehand throw are the most commonly used throws but they require a lot of practice.

The backhand throw is the most generic way to throw the disc. All you need to do is put your fingers in the cup of the Frisbee, bend your wrist and undo it in quick motion releasing the disc. Forehand throw is easy but requires some practice. It requires very little energy and is thrown in a few seconds. Frisbee is thrown as if you were trying to skip a flat stone on water. The disc needs to be parallel to the ground. Hammer throw is like throwing an ax.

The disc is passed through the air to your other team member in the end zone. This is the only way to store a point in the game. As per ultimate Frisbee rules, no player is allowed to touch the boundary line. While catching, if a player steps on the boundary line, possession will be given to the other team.

The main objective of the game is to pass on the flying Frisbee in the end zone of the pitch, during the period goal is scored. The last 18 meters of the pitch is the scoring zone. A winner is chosen whenever a team scores the specified number of goals or in other conditions the team which scores the most number. 15 or 17 is usually the set number for the goals by each team. Any other number can be agreed between the playing teams.

2 thoughts on “Ultimate Frisbee Rules: How to Play It”