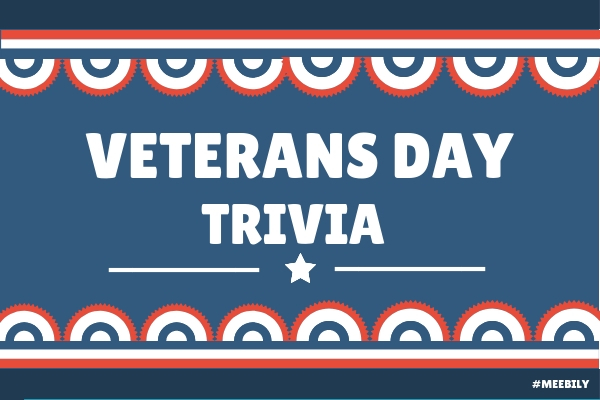 The eleventh day of the eleventh month every year is dedicated to the sacrifice and heroism of U. S. veterans. Before it was called Veterans’ Day it was known as Armistice Day marking the end of the First World War which took place on the 11th of November, back in 1918.

Armistice Day was made an official holiday to honor the service members of the First World War. This changed in 1954, after World War II and the Korean War were over. The word Armistice was officially replaced with Veterans on 1st June 1954 by the legislation.

The actual true meaning of Veterans day is related to Remembrance Day. Veterans Day (actually known as Armistice Day) is a federal holiday in the United States which is observed every year on November 11, for honoring military veterans, that is, persons who have worked in the United States Armed Forces.

Armistice Day Becomes Veterans Day after World War was officially ended on June 28, 1919, with the signing of the Treaty of Versailles. However, On June 1st, 1954, the title was amended to Veterans Day to acknowledge all U.S. veterans. In 1968, new legislation modified the national commemoration of veteransDay to the fourth Monday in October.

Q. In which year did Germany make their final World War I Reparation Payment?

Q. Which country, along with the U. S. stood along South Korea in the Korean War against communism?

Q. Where can you find the tomb of the unknown person?

Q. What is the largest U. S. military base according to the size of the population?

Q. Whose words are these, ”It is fatal to enter a war without the will to win it”?

Q. Who is the second person in charge after the Commander in Chief of the armed forces?

Show Answer
The Secretary of Defense.

Q. In which state is the Arlington National Cemetery?

Q. In what state is the United States Naval Academy?

Q. When did the last of US troops leave Vietnam?

Q. WAC is an abbreviation for?

Q. What was the name of the pilot who dropped the bomb in Hiroshima?

Q. What was the name of the Treaty that marked the end of the Second World War?

Q. What was the name of the bomber from which the Hiroshima bomb was dropped?

Q. What is the approximate number of U. S. veterans today?

Q. What is the name of the president who passed the bill announcing November 11 as the official Veterans Day?

Q. What is considered as the best way to show support on Veterans Day?

Q. How many stars were on the American flag in 1954 when November 11 officially became Veterans Day?

Q. When was the Veterans Day changed to the fourth Monday of every October by law?

Q. When was it changed back to fall on the actual date?

Q. In which year was the body of an unknown American from the Vietnam War buried in the Tomb of the Unknown Soldier?

Q. True or false; the unknown veteran was identified through DNA tests and was disinterred and reburied by his family?

Q. What event acknowledged that the U. S. accepted direct financial aid for the war since the Revolution?

Q. Who was the first Civil War general to graduate in the West Point class of 1829?

Q. Five days prior to its surrender, which country declared war on Japan in 1945?

Q. How many times in total did the USS Triton (a nuclear submarine) surface during its underwater circumvention?

Q. Who was the great military leader who was also a successful yo-yo player?

Show Answer
The Duke of Wellington.

Q. Who is the famous actor to attain the highest U. S. military rank in history for an entertainer?

Q. What was James Stewart’s rank?

Q. What is the name of the youngest U.S. Army officer to be promoted to general?

Q. How old was George Custer when he got promoted to general?

Q. “Lafayette, we are here” who is the famous American military leader to utter those words?

Q. When did he say these words?

Show Answer
Upon arriving in France

Q. Where was the Bay of Pigs whose attack gave rise to a world crisis in the 1960s?

Q. Who gave the idea of dedicating the holiday to all veterans than just those of the First World War in 1953?

Show Answer
He was a shoe store owner

Q. What flower is a symbol of Veterans Day?

Q. What is the motto of the Department of Veterans Affairs?

Show Answer
”To care for him who shall have borne the battle.”

Q. Whose words are used as the motto of the Department of Veterans Affairs? ww  Abraham Lincoln.  [/su_spoiler]

Q. What patriotic song debuted in its current form on an Armistice Day broadcast in 1938?

Q. Out of the 45 presidents that the U. S. has had, how many have been a veteran?

Q. What is Veterans Day called in countries other than the U. S.?

Q. What percentage of all veterans voted in the 2008 presidential election?

What to Wear on Veterans Day?

Wear red, white and blue on Veterans day which is the simple gesticulation of wearing patriotic colors that can pay tribute to veterans. Poppies are carried as a show of support for the Armed Forces community, those currently serving, veterans and their families.

There are three elements to the meaning of white poppies: they symbolize remembrance for all the victims of the war, a devotion to peace and a challenge to attempt to glamorize war whereas wearing a poppy on the Veterans day is your own personal choice.