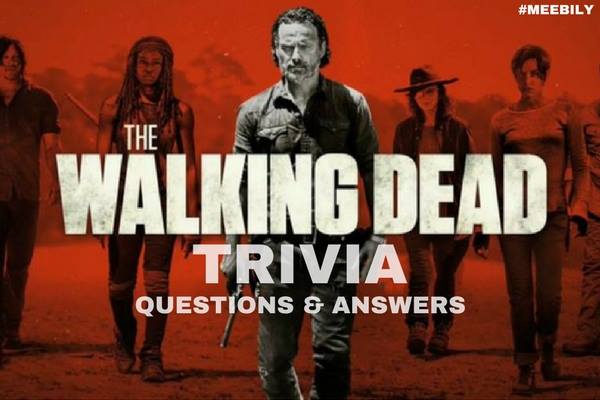 The comic book turned television series, Walking Dead’s storyline follows a post-apocalyptic world where the dead has come to life and a group of survivors who are in search for a secure place to live freely and give humanity a second chance to survive. Though there have been numerous zombie movies directed over the last few decades, but none gained the kind of success that Walking Dead experiences with outstanding performances and gripping storyline that has garnered its millions of fans worldwide. 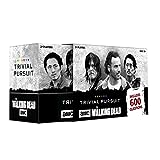 There is always drama going around the sets of hit TV shows, the AMC’s blockbuster series “Walking Dead” has its own UP’s and DOWN’s. Do you know that there was an actor who just wanted to give up his role in the series? (Glad, he did) and then there was an actor for whom a whole new character was introduced!
If that doesn’t stir your mind to know who did what and why, then read ON! We warn you beforehand if you have not been watching the series or are way early in the series then some MAJOR SPOILERS are waiting ahead of you!

15 FACTS YOU MUST KNOW ABOUT WALKING DEAD

Q. What is the nickname that Daryl gives to Glenn?

Q. Which characters’ mental state takes a turning point and shaves his head?

Q. Whom did Shane threaten when he was getting accused of killing Otis?

Q. Who pulled the pistol on Governor?

Q. In which episode Daryl Dixon does make his first appearance?

Show Answer
“Tell it to the Frogs”.

Q. Who was the last prisoner killed in season 3 and how?

Show Answer
Axel, he was shot in the head.

Q. Who saves Glenn from the “Vatos” in Season 1?

Q. Whom did Carl shot in the head so she wouldn’t reanimate?

Q. Who killed Randall in the woods and how?

Q. Shane had an affair with the PE teacher, what was her name?

Q. In the first season, which country found the cure for the virus?

Q. Name the actress who wasn’t cast on the show?

Q. Which actor has a titanium eye socket?

Q. What is real name of T-Dog?

Q. Name the only female character who survived the first five seasons?

Q. How many kids of the walker do we see in the show?

Q. What rank does Rick Grimes hold at the police station before the zombie apocalypse?

Q. When rick awakes in the hospitals, who are the two people he first encounters?

Q. What was the name given to Zombies?

Q. When did the very first episode of Walking Dead premiere in 2010?

Q. In First Season according to the doctor which country declared a cure for zombie virus?

Q. How many people have played Judith Grimes?

Q. While eating human flesh on screen, what the actors have been actually chewing?

Q. When is the first time Grady Memorial Hospital was seen?

Q. How many walkers were children on the show?

Q. Which of the character of Walking Dead was in the movie but not in comic?

Q. How many episodes have been there of Walking Dead so far?

Show Answer
52
Monopoly: The Walking Dead (Survival Edition)
Combines the timeless board game with today's hottest horror hit; Compete for, then fortify, the prime real estate and resources that will sustain your life
USAOPOLY AMC The Walking Dead Clue Game, Multicolor CL116-469
Alexandria's been attacked! play to solve the mystery; Play as characters like Rick, Carol, Negan and Daryl
The Walking Dead TV Board Game
Based on the most watched drama in basic cable history!; Semi-cooperative gameplay. Help your friends to keep them from turning into Walkers!
Jenga: The Walking Dead Game
54 custom hardwood Walking Dead blocks; Custom game play; Fun for all ages

And that is all we have from the TWD for you guys, enjoy and yes DO NOT BECOME A WALKER!